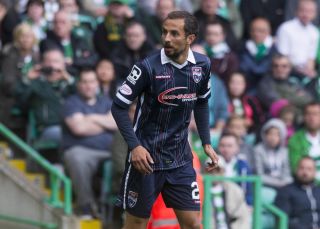 Livingston have handed Rafa De Vita a new contract before loaning him to Partick Thistle.

The forward has signed a contract with Livi until June 2021 and a season-long loan with the Jags, although his parent club can recall him in January.

Manager Gary Holt told Livingston’s website: “Rafa came and spoke to (assistant manager) Davie (Martindale) and I as he was concerned about the amount of game time that we could offer him for the coming season.

“Having been out the vast majority of last season Rafa was determined to be playing football week in week out, and at this stage that was something we could not offer him.

“We all felt that to get Rafa back to his best it was probably best that he got out playing football every week at a decent level.

“We all feel that this scenario is a win-win for everyone: Rafa gets to play football and hopefully recover the form that seen him star for us in our successful Championship season.

“Livingston has secured his signature for a further year and hopefully the much needed game time that Rafa will receive will see him return to the football club ready to go for another season, hopefully in the Scottish Premiership with Livingston FC.”