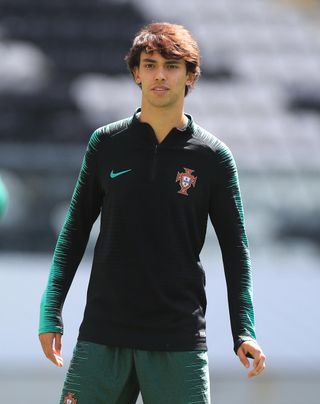 Manchester United could be left disappointed as striker target Joao Felix reportedly nears completing a deal with Atletico Madrid. According to the Evening Standard, the 19-year-old is close to finalising a 120million-euro (£106.7m) deal with the Spanish side, putting United – who were apparently unwilling to pay over £100million – out of the race.

Sticking with United, and the Red Devils look set to cash in on star man Paul Pogba. The Star says Ole Gunnar Solskjaer is prepared to lose the midfielder to raise funds in the summer transfer window. The news could fuel Pogba’s reported desire to join Juventus for the 2019/20 campaign.

Meanwhile, United may not be able to dwell over a move for Bruno Fernandes, with Tottenham said to have opened talks with the midfielder’s agent. The Telegraph says United were making Crystal Palace right-back Aaron Wan-Bissaka their main priority, but many have to turn their attention to the Sporting Lisbon star if they want to ward off Spurs’ interest.

At Everton, the Toffees are targeting loanee Kurt Zouma, the Telegraph reports. It comes after Andre Gomes, on loan from Barcelona, is understood to have committed to Everton on a four-year contract – and now Marco Silva is hopeful of signing 24-year-old Zouma from Chelsea on a permanent basis, the paper says.

Matt Clarke: Brighton are on the verge of signing Portsmouth’s Matt Clarke, with the 22-year soon to undergo a medical, The Sun says.

Joachim Andersen The Sampdoria defender is being watched by London rivals Tottenham and Arsenal, according to the Star, but may face competition from Lyon if the French side are willing to up their previous £16million bid.