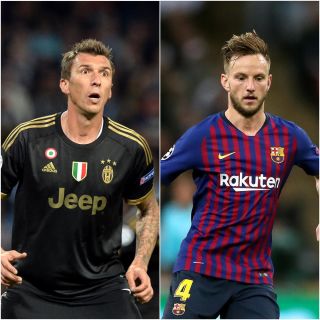 Manchester United will look to bolster their attack in the January transfer window by making a move for Juventus and Croatia striker Mario Mandzukic and Ousmane Dembele, who is currently on the books of Barcelona, according to the Independent.

Sticking at Old Trafford, and United sent scouts to run the rule over Sandro Tonali at a recent Brescia game, reports the Daily Mail.

Rony Lopes, the Sevilla and Portugal midfielder, could be allowed to leave the Spanish club with Newcastle potentially interested in a January move, reports the Chronicle.

Chelsea are looking to ward off potential suitors for Emerson Palmieri by offering the Italy international a new five-year contract, according to the Daily Star. Juventus, Inter Milan and AC Milan were all linked with a move for the left-back over the summer.

Samuel Umtiti and Ivan Rakitic could both leave Barcelona in the winter if Arsenal and Manchester United respectively get their way, reports the Daily Mirror.

Wilfried Zaha: The Crystal Palace forward is still keen on leaving Selhurst Park and will push for a move away in January, Calciomercato says.

Gabigol: A potential move for the Brazilian is in doubt with Inter Milan and Flamengo reaching an impasse over their valuations of the forward, according to Calciomercato.