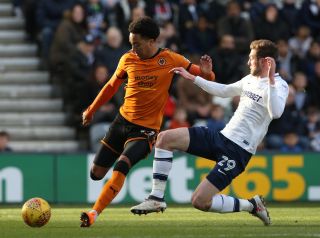 Leeds have signed forward Helder Costa from Wolves on an initial season-long loan.

“Helder Costa has today joined Leeds from Wolves on an initial one-year loan deal, which will become a permanent transfer next summer for an undisclosed fee,” Leeds said in a statement.

“The 25-year-old has agreed a four-year contract with the Whites, which will run until the summer of 2024.”

Costa began his career at Benfica and had loan spells at Deportivo La Coruna and Monaco before Wolves paid a then club record fee of £13million to sign him in 2016 after an initial loan spell.

The Portugal international made 30 appearances in all competitions for Wolves last season as they finished seventh in the Premier League.

Costa made his senior international debut in October last year, scoring the opening goal in Portugal’s 3-1 win against Scotland at Hampden Park.