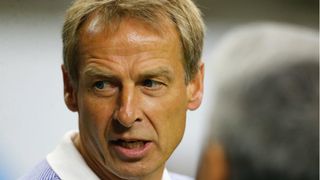 Under-fire United States coach Jurgen Klinsmann lamented the "bitter" blow of suffering a second consecutive loss in World Cup qualifying as his side were thrashed 4-0 by Costa Rica.

Having also fallen to a last-gasp defeat at home to Mexico at the weekend, Tuesday's result – the nation's worst loss in a World Cup qualifier since 1957 – left USA bottom of the Hexagonal phase.

Most of the damage was done in the second half, when Christian Bolanos netted and Joel Campbell scored twice after Johan Venegas had broken the deadlock just before the interval.

"It's a bitter moment for us. There's no doubt about it," Klinsmann said.

"We didn't imagine we'd start the Hexagonal with two defeats right at the beginning.

"We knew it was going to be difficult playing Mexico and Costa Rica in the first two games, but obviously you want to have some points.

"This is definitely a moment to reflect on what happened in the last 10 days. I said to the players it won't be the only 4-0 defeat in their career.

"But hopefully they'll take some lessons from this. Definitely it's bitter because we wanted to do far better than we did."

USA have qualified for every World Cup since 1990 and have eight games left to secure a top-three spot that would ensure a place in Russia.