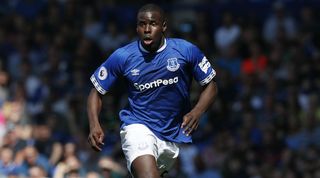 Now that they've reportedly agreed a deal for Barcelona's Andre Gomes, Everton have turned their attention to Zouma, according to The Telegraph.

Zouma enjoyed an impressive campaign with Everton last season, and the Toffees are hoping they can strike a deal with Chelsea.

However, with Chelsea under a transfer ban, it may prove difficult to prize away a valuable asset.

Chelsea are thought to be keen to hold onto as many proven players in key areas as possible and if Everton want Zouma, he won't come cheap.

Everton Marco Silva, however, is trying to convince the Goodison hierarchy that the French international centre-back is worth it.