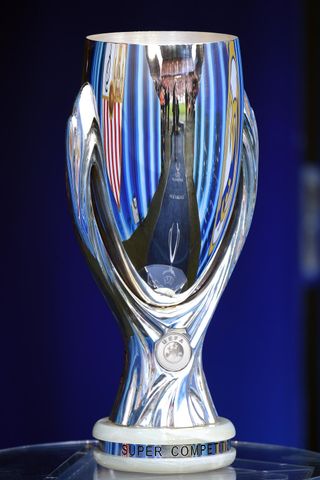 Liverpool and Chelsea have been allocated just over 5,000 tickets apiece for August’s UEFA Super Cup final in Istanbul.

On Monday UEFA issued a statement confirming 78 per cent of tickets at Besiktas’ 38,000-capacity Vodafone Park would be made available to fans of both clubs and the general public.

Less than 24 hours later Liverpool confirmed their allocation as 5,257 for the match in Turkey, although they noted confirmed ticket numbers may change slightly.

Both clubs had ticketing issues for their respective recent finals, with Liverpool given just 16,600 of the 64,000 tickets available for their Champions League victory over Tottenham at the Wanda Metropolitano in Madrid earlier this month.

Chelsea were given 5,800 tickets for the other all-Premier League clash against Arsenal in the Europa League final in Baku, although travel issues meant demand was nowhere near as great.