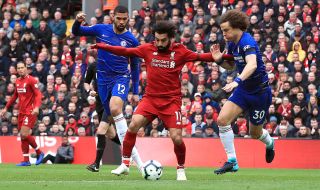 Fans can apply for tickets for the UEFA Super Cup clash between Liverpool and Chelsea from Tuesday, Europe’s governing body has announced.

The two Premier League clubs – winners of the Champions League and Europa League respectively – face each other at Besiktas Park in Istanbul on August 14.

The remainder will be allocated to the local organising committee, UEFA and national associations, commercial partners and broadcasters.

A ballot will be held if demand exceeds supply.