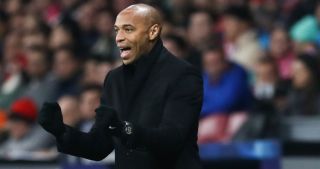 Henry took his first steps into management with Monaco in October 2018 but was relieved of his duties in January, having won just five of his 20 matches in charge.

Previously Roberto Martinez's assistant with the Belgium national side, the 41-year-old could return to the club where he finished his playing career, after being identified by the owners as a prime candidate to turn their fortunes around.

New York Red Bulls have won just one of their seven MLS games this season and are currently 11th.

Monaco star lifts lid on Thierry Henry's disastrous spell: "He would get nervous and yell at us"