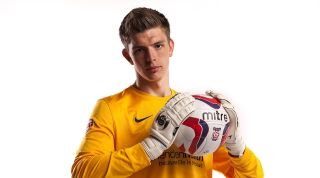 Even at the start of 2017/18, the World Cup must have seemed like a pipe dream for Pope. The Burnley shot-stopper began his campaign behind compatriot Tom Heaton in the pecking order at Turf Moor, but manager Sean Dyche was forced to turn to his No.2 after Heaton sustained a shoulder injury in September.

Turned out that was no disaster: Pope’s brilliant performances between the sticks earned him a place in Gareth Southgate’s 23-man squad for Russia, capping a remarkable rise for the 26-year-old. Pope had just finished a loan spell at League Two York before the 2014 World Cup, having previously spent time at four other clubs – never above the fourth tier – to prepare himself for a breakthrough at parent club Charlton.

Given that he’s now widely regarded as one of Europe’s best midfielders, it’s easy to forget that Kante has only become a household name relatively recently. The Chelsea man rejected an offer to play for Mali, where both his parents were born, before the 2015 Africa Cup of Nations, but when the last World Cup was taking place a few months prior, the ball-winner hadn’t yet played a single minute of top-flight football.

He did eventually grace Ligue 1 with Caen in 2014/15, impressing enough to earn a move to Leicester that summer. Two Premier League titles – one with the Foxes, one with Chelsea – followed, and Kante is now one of the first names on Didier Deschamps’ Bleus teamsheet.

Egypt were the undisputed kings of Africa in the second half of the 2000s, winning three consecutive Cups of Nations to become the single most successful country in the history of the competition. Yet despite their continental supremacy, the Pharaohs failed to reach a third World Cup, falling short in qualification for both 2006 and 2010.

They didn’t make it to Brazil 2014 either, a disappointment which seemed to end El-Hadary’s dreams of participating on the biggest stage of all. Remarkably, though, the goalkeeper is still playing international football at the age of 45 and could become the tournament’s oldest ever player this summer.

Only 16 players have won more Portugal caps than Quaresma, but the maverick winger hasn’t had much luck when it comes to international tournaments. Injury prevented him from taking part in Euro 2004 on home soil, before the then-Porto man was left out of the squad for the 2006 World Cup.

Quaresma's on-field contributions were limited to just 100 minutes at Euro 2008 two years later, and then he failed to make the cut for Portugal's 2010 and 2014 World Cup squads, having not playing a single second at Euro 2012 in between. The ex-Barcelona trickster would have been forgiven for giving up altogether, but he’s now back in the fold at the age of 34.

Aspas’s last touch for Liverpool was a disastrous one. With the title-challenging Reds desperate for an equaliser against Chelsea in April 2014, the Spaniard stepped up to take a corner in second-half stoppage time. Instead of floating a cross into the penalty area, however, Aspas pulled it back to the edge of the box... only for the pass to be intercepted and Chelsea to race down the other end to score a second.

Unsurprisingly, the striker wasn’t in contention to make Spain’s squad for the 2014 World Cup, but his displays for Celta Vigo over the last two years – 49 goals in 86 games – earned him a place on the plane to Russia.

Armani is in the unusual position of being uncapped but also the favourite to start in goal for his country this summer. Sergio Romero has long been established as Argentina’s first-choice net-minder, but the Manchester United man has been ruled out of the World Cup through injury – thus opening the door for Armani.

The 31-year-old joined River Plate in 2017 after eight successful seasons at Atletico Nacional in Colombia, and now looks set to beat Willy Caballero and Nahuel Guzman to his country’s No.1 shirt. He can’t have seen that coming four years ago.

It looked for some time like Rudy would spend the rest of his career at Hoffenheim, the club he joined from Stuttgart in 2010. The versatile German excelled at both right-back and in midfield during his seven years with die Kraichgauer, before earning a switch to Bayern Munich after Julian Nagelsmann’s side qualified for the Champions League in 2017.

Such a move was always going to help Rudy’s international aspirations, and the 28-year-old has been included in Joachim Low’s travelling party for Russia. But given that he only had one cap to his name before Brazil 2014, Rudy would have been an outside bet to make the squad for Russia four years ago.

After the shock of missing out on consecutive Africa Cups of Nations in 2015 and 2017, Nigeria have turned towards youth over the last couple of years. Only three members of their preliminary 25-man squad are over the age of 30, with key players such as Wilfred Ndidi, Kelechi Iheanacho and Alex Iwobi all 22 or under.

Crotone striker Nwankwo is 26, but he’s inexperienced at international level having only made his Super Eagles bow in their friendly with DR Congo. Having just failed to score in 21 appearances for Portuguese strugglers Gil Vicente in 2013/14, Nwankwo probably didn’t envisage much of a future with Nigeria four years ago.

Having failed to make it through to the final round of World Cup qualification in 2010, Panama came close to securing a spot in the intercontinental play-offs four years later. Ultimately, though, the Canal Men finished three points behind Mexico in the six-team ‘Hexagonal’, and it was widely presumed that their golden generation had missed the World Cup boat.

That group of Panamanians, it turned out, had one more qualifying cycle left in them, and a final-day defeat of Costa Rica – together with the United States’ implosion – earned them a place in Russia. Captain Baloy, now 37 and playing his club football in Guatemala, will lead his country out this summer – a dream he surely thought would be impossible to fulfil four years ago.