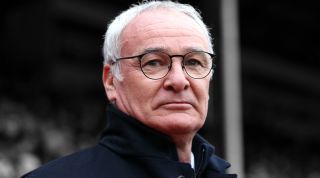 Claudio Ranieri was somewhere beside the sea in Calabria when he got a call asking him to fly to London for an interview with Leicester City. Ranieri has been summering in this part of the world for years. His time as a player at Catanzaro were the most enjoyable of his career. He met his wife there and it was here that he became a father for the first time too.

The really sweet thing, though, is the friendships he made down on the toe of Italy. The bond Ranieri struck up with his former team-mates is so strong that they all still holiday together today. Giorgio Pellizzaro, Catanzaro’s goalkeeper in the ‘70s, was Ranieri’s goalkeeping coach until this year. He spent a fortnight at Leicester at the beginning of this season before deciding to retire and dedicate more time to his grandchildren.

Pellizzaro’s back-up at Catanzaro was so close with Ranieri that he left him the keys to his house when he moved back to Brindisi. Rosanna Palanca, the wife of Massimo, Catanzaro’s moustachioed all-time top scorer and one of the genuine cult heroes of the Italian game who used to score from corner-kicks, organises the reunions. “The wives are the secret,” Pellizzaro admits. “They’re as close today as they were then.”

One imagines they’ll be following events at Old Trafford on Sunday with a keen personal interest, rooting for their old mate.

They can now forgive him for abandoning them last summer to fly to Bergamo, where he caught a connecting flight to London to meet Leicester’s people. He returned to Calabria the following day, not knowing if he’d got the job. Leicester had identified 10 candidates, whittling it down to a shortlist of three or four.

A couple of days later, they informed Ranieri that the president would like to meet him. He left Calabria again and the next thing he knew, much to the scepticism of the punditocracy, he was back in club football.

A series of stereotypes exist about Ranieri. One is that he is always the bridesmaid and never the bride.

The other is that his timing is always a little out. He either takes over teams too late or too soon and gets unlucky. The years Ranieri finished runner-up at Chelsea and Roma, it was behind Arsenal’s Invincibles and Inter’s treble winners.

Often, he lays the foundations for others to achieve great success, like Hector Cuper at Valencia and Jose Mourinho at Stamford Bridge. This time, for once in his life, he believes he got the timing spot on.

Ranieri has been big enough to acknowledge that he was left a not-insignificant inheritance by Nigel Pearson. Leicester finished last season on a high, winning seven of their last nine games.

“They survived with a sensational sprint down the final stretch,” Ranieri observed. “This can only mean that their preparation must have been perfect. So I decided not to change anything from a fitness point of view.”

The infrastructure at the club made his “jaw drop.” A lot has been made of Leicester’s recruitment, the excellent additions made to a settled squad that has now been playing together for years.

However, what struck Ranieri, a details man, were the number of video analysts (three) at his disposal, the trio of perfectly manicured training pitches, all monitored by cameras for performance review, and the wine list he got to choose from when offering opposition managers a drink.

Everything has fallen into place. “I am always telling the players that this is an exceptional, unrepeatable year,” he revealed to Il Corriere dello Sport. “All the big clubs are in trouble and we’re playing great football.”

Even so, of all the teams to take advantage and to be this consistent and adaptable, who would ever have thought it would be Leicester?

Their possession (ranked 18th) and pass-completion (20th) stats have turned the received wisdom of football’s tiki-taka era on its head. Everything we associated with Ranieri has been flip-reversed.

The excessive, self-destructive changes to his team which left an indelible impression in England after Chelsea were dumped out of the semi-finals of the Champions League by Monaco in 2004, are a thing of the past. It was ironic to see Bayern Munich’s defeat to Atletico Madrid in the first leg of their semi on Wednesday night be put down to the unnecessary tinkering of guru Guardiola.

A backlash of sorts has started. The football played by Ranieri and Diego Simeone’s teams is being held up as a repudiation of Guardiolismo. On Friday morning, Simeone was portrayed as Che Guevara on the frontpage of La Gazzetta dello Sport. “Il Cholismo and the revolt against tiki-taka,” read the strapline.

READ THIS Ranieri and Pochettino hit back: 9 managers who made the critics look silly

Like the title of a John Le Carre novel, Ranieri has gone from Tinker to Tailor. He works with the material he’s got and won’t ask his players to do anything they’re unsuited to or uncomfortable with.

That’s experience – as is the humility he showed when he arrived at Leicester and resolved not to fix something that wasn’t broken. Instead, he made little tweaks. It has created the impression that Ranieri is laissez-faire. Leicester have got a lot of credit, but Tottenham are the ones hailed as a triumph for coaching.

Rest for the winning

An interview Ranieri did with Il Corriere della Sera goes some way to explaining this perception. He revealed that upon arriving at Leicester he discerned a wariness of the Italian emphasis on tactics. So he reached a compromise with his players. “Always show me everything you’ve got and every now and again I will explain a little football to you,” he said.

A focus on recovery is also maybe behind this newfound reputation as a “do-nothing master”. “We play on Saturday. Sunday is a day off,” he revealed. “Monday is a light session. Tuesdays we train hard. Wednesday is a rest day. Thursday is another hard training session. Friday is the rifinitura (when Leicester go over the fine detail of their game plan, and literally refine it). Saturday is game day.”

It’d be wrong, however, to claim Ranieri takes a more minimalist, avuncular approach. The same misapprehension is often made about Carlo Ancelotti. Asked about the differences between Pearson and Ranieri, Jamie Vardy told Betfair: “I think he just examines every single aspect of every opponent that we’re playing.

“He comes into our team meetings where he’s been up all night watching 50-60 clips of just one of the opposition’s players and he will tell you exactly what he’s done in 49 of them and what he did in the other 11. It’s mental how much detail he goes into but it’s to help us and hopefully give us an advantage come matchday.”

Overdue – but worth the wait

8 of the most unlikely title winners in European football

Why two overlooked matches may have handed Leicester the league

Belatedly, Ranieri is getting the recognition he deserves. He is a misjudged and overlooked “gentleman of the dugout” who got Cagliari promoted to the second then first division; who returned Fiorentina to the top flight and won their first Coppa Italia in 30 years; who brought the Copa del Rey back to Valencia for the first time in 20 years; who saved Parma from relegation; who qualified newly promoted Juventus for the Champions League at the first attempt before also doing the same at Monaco after getting them up himself.

Now he is on the brink of history.

On Sunday, at the Theatre of Dreams, Ranieri could pull off the greatest feat in modern coaching – the crowning glory, the pinnacle of a long, hard, up-and-down career.

His life and the appraisal of his time in the game could be about to change forever. But it won’t change him. It’ll probably just be another story to tell his old buddies from Catanzaro on the beach or over dinner this summer.