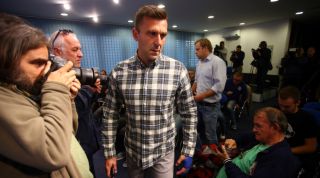 The 42-year-old took over as Dinamo Zagreb coach in July, and has since steered them to the top of the Croatian league with eight wins from their first nine matches.

The attack comes only a month after former head honcho Zdravko Mamic – who is currently on trial for corruption – was shot in the leg by unknown perpetrators in Bosnia.

Unsurprisingly, Dinamo Zagreb have called for the authorities to do more to stop members of their club being attacked.

“Unfortunately, this is only the continuation of everything that has happened lately," the club said in an official statement.

"It is quite obvious that the violence towards people from our club is completely legalised.”

Dinamo described the attack on Cvitanovic as “cowardly”.

They added: “At last, wake up and stop ignoring everything that’s going on regarding Dinamo."