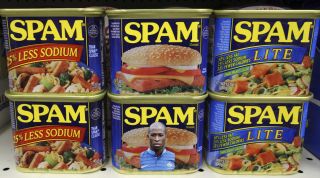 Talks between Leicester and Marseille over right-back Rod Fanni have been hindered by a series of unfortunate misunderstandings.

The Foxes had expected to complete a deal for Fanni last week, but conversations with his French employers were ridden with sniggers and guffaws.

Despite the Premier League club’s best efforts, transfer negotiations included far more frequent euphemistic references to genitalia than is customary in such talks.

To make matters worse, club officials have only just discovered crucial emails from Marseille about the ease with which a deal for Fanni could be agreed, which were automatically re-routed into their junk folder.

“Every now and again I idly click on the spam folder and I was aghast when I saw we had several emails from Marseille,” a Foxes insider told FourFourTwo.

“They seemed very urgent too, the subjects were things like ‘Get Fanni Tonight’, ‘Fanni Is Waiting For You’ and ‘Having Problem With Rod Extension: Take Action Now!’

Leicester have been unable to agree a deal for Fanni after he spent two days in England. Staff were sent out to buy scented candles and Lionel Richie’s Greatest Hits.