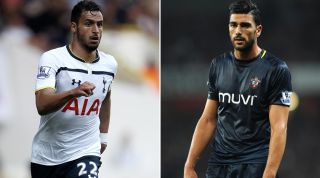 It’s true, Mauricio Pochettino used to manage Southampton. It’s equally true that he now manages Spurs, a team that isn’t Southampton. And yes, there’s no disputing it, these two teams play each other on Sunday.

For anyone looking for a match narrative beyond most-goals-wins, this is it. How will Tottenham’s amiable manager contend with facing his former side? On the other hand, how will the Saints cope in opposition to their previous manager? It’s new club versus old club in the Poche derby. What. Will. Happen?

The thing is, this match is intriguing for a number of reasons that have nothing to do with the Spurs manager and his relationship with his previous employer. The main reason for this is that under Ronald Koeman, Southampton have, somewhat miraculously, moved on.

Defying conventional Premier League wisdom that insists new players need time to get used to the league and each other, that players (especially strikers) bought from the Dutch league are prone to failure, that losing your captain, central striker, left-back and main centre-back isn’t a good thing, Saints sit second in the table.

Credit goes not only to Koeman, but to Southampton’s executive director Les Reed, who was tasked with finding a replacement for Pochettino over the summer. Six games into the season, the decision to hire the former Barcelona defender (not Les Reed) appears to be inspired.

After all, who better to oversee a period of transition than the former coach of Ajax, PSV and Feyenoord, clubs where losing your best players is an annual concern.

Whether Southampton can continue their fine early season form – their best top flight start since 1983/84 – will depend largely on whether striker Graziano Pelle can keep up his scoring rate.

Since August 2012, the Italian has scored 54 goals in 63 league appearances. In the same period, only Lionel Messi, Cristiano Ronaldo and Zlatan Ibrahimovic have scored more goals across Europe.

Looking to stop him will be a Tottenham defence that was lucky to only concede a single goal in their last home game against West Brom. That performance against the Baggies was indicative of Spurs' problems at White Hart Lane over the last two seasons, where they’ve struggled to beat teams who sit deep and play on the break. Something that Southampton will no doubt attempt on Sunday (more on this later).

Notable absentees for this one are all some way off a return to first team action, with James Ward-Prowse (ankle/foot) and Jay Rodriguez (knee) missing until December for Southampton, while Kyle Walker may not be back from his pelvic problems until the turn of the New Year for Tottenham.

So that’s what all the fuss was about. The player at the centre of a tug-of-love between these two clubs over the summer has demonstrated in six Premier League games why Tottenham were so keen to sign him and why Southampton were even more desperate to keep hold of him.

The Frenchman, who now says he’s happy on the south coast, has been a domineering presence for the Saints so far this season. While everyone was aware of his ability to screen the back four and initiate counter-attacks (the primary reason Pochettino wanted him at Spurs) it’s his attacking play that has sparkled and surprised.

Southampton went into half-time against QPR at 0-0 having struggled to get the ball into their forwards. In the second half, Koeman (to his credit) moved Schneiderlin into a slightly more advanced midfield position, ahead of Victor Wanyama and Steven Davis. The first goal, scored by Ryan Bertrand, was the indirect result of Schneiderlin winning the ball high up the pitch. His influence was constant throughout the game.

But it was his monster display in the 3-1 win at West Ham that best illustrated his evolution.  Not only did he score two goals, he made 10 ball recoveries in the defensive half, misplacing only 3 passes when attacking. It's this ability to destroy coupled with his newfound flair that will have Spurs both concerned and covetous.

Koeman's doing well. We've covered that. For Pochettino, the most intriguing aspect of this game has less to do with who's visiting the Lane but how they play. Spurs have struggled at home against sides who sit deep and look to counter. What's heartening for Spurs fans is that the Argentine is showing signs of tactical flexibility that may suggest he has solution to this sterile home form.

Against Arsenal, Tottenham deviated from Pochettino's high pressing, sitting deep and hitting their north London rivals on the break.

While they won't be able to use this tactic at home, it does indicate that Pochettino isn't tied to the style of play that served him so well at St Mary's.

Furthermore, his rapid promotion of academy graduate Ryan Mason is tacit acknowledgement of what's been missing from the Spurs midfield ever since the departure of Luka Modric: tempo.

We're by no means suggesting the Enfield native will now take over from where the Croatian left off in 2012, or that he's as good a player, but he does move the ball from back to front quicker than the other players in the Spurs midfield. And against a congested middle third and compact defence, passing speed can be crucial.

Pochettino may not have all the answers yet, but he appears to be asking the right questions.

This has got 1-1 written all over it.