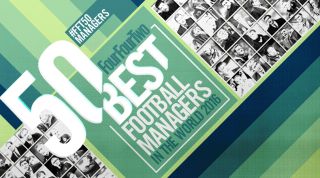 Perhaps more than anything, managers are judged on their ability to adapt to situations. When Ellis took over the prestigious United States women’s national team job in May 2014, she inherited a veteran team which felt – rightfully or wrongfully – like it lost its way under Tom Sermanni, who was controversially fired the month prior.

The Portsmouth-born Ellis, despite her previous role as development director of U.S. Soccer’s women’s programme, stuck to the core of veterans, ultimately leaning on that group to win the 2015 World Cup. With the U.S. winning but playing flat, uninspiring soccer through the last 16 and two of her best attacking players suspended, Ellis made the right decisions in freeing up Carli Lloyd to essentially play as a withdrawn striker.

The tactical shift, which included Morgan Brian assuming a more prominent role and Kelley O’Hara seeing her first minutes of the tournament, was exactly what Lloyd and this U.S. team needed. And while it seemed like the obvious move in hindsight, it still had to be executed. Ellis’s tactical changes played a major role in the United States winning the 2015 World Cup.

Ellis has since turned over the squad, integrating several new players – including 18-year-old sensation Mallory Pugh – and seamlessly transitioned the team into a new, energetic era following the retirement of high-profile players including world all-time goalscorer Abby Wambach. In August, Ellis will look to guide the U.S. to an unprecedented fourth straight Olympic gold medal – but she is also already planning for the 2019 World Cup by getting younger players the experience of a big tournament.

Listen to Ellis speak, and she now exudes confidence in her team and in her tactics. Her style of play is progressive, often turning to a 4-3-3 – recently with full-backs pushing even higher into the attack – and shifting to a 4-4-2 defensively. It’s a fluid setup, which is why Ellis has long refused to discuss it as a numerical formation, but as a system with roles. From No.1 through 11, she has the U.S. clicking. JK

Politicians frequently talk of legacy. Tony Blair will forever have “with you, whatever” chiselled onto his political tombstone, Margaret Thatcher stole milk from babies and a Donald Trump presidency will likely result in a nuclear apocalypse, presided over by his flame-retardant weave spouting right-wing claptrap.

Legacy is important in football, too. Chile’s two Copa America trophies in as many years may not have been won by the same coach, but they were both achieved thanks to Jorge Sampaoli’s indelible imprint.

Himself heavily influenced by the all-out-attacking mantra of fellow Argentine Marcelo Bielsa, his predecessor in la Roja’s dugout, Sampaoli has brought unheard success to Chilean football, winning the 2015 Copa America as hosts. In retaining the trophy this summer on penalties against Argentina, Chile have only increased Sampaoli’s legend.

So, why has the follicly challenged 56-year-old dropped three places on last year? In short, he’s not taken charge of a competitive game in 2016. Citing a lack of respect from FA president Arturo Salah, and amid rumours that his contract had been leaked to the press, he resigned his Chile post in January.

In replacing PSG-bound Unai Emery at Sevilla, Sampaoli moves to Europe for the first time in his career and to a club that has already lost copy and paste’s Grzegorz Krychowiak and Ever Banega, two vital cogs in los Rojiblancos’ midfield.

That said, Sevilla still have Coke, Kevin Gameiro and Daniel Carrico, all so impressive in last season’s post-Christmas Europa League run. If he can as good a job as Emery on the banks of the Nervion river, Sampaoli may find himself a few places higher in 12 months’ time. AM

Belgium failed at Euro 2016 because of Marc Wilmots’ disastrous tactics, and most fans dearly wanted to see Vanhaezebrouck on the bench in his place. The 52-year-old is widely considered the best tactician in the country – and probably beyond. He pays attention to the smallest of details, meticulously studies every opponent, and is extremely flexible as far as formations and gameplans are concerned.

Vanhaezebrouck made his name at Kortrijk, where he worked wonders for nearly a decade. In the middle of that term, he had a short and unsuccessful experience at Genk, but learned his lesson and proved to be a huge hit at Gent, the second ‘big’ club of his career by Belgian standards. In his very first season, 2014/15, the wily specialist led the perennial underachievers to a historic first championship title, playing adventurous but disciplined football.

Vanhaezebrouck proved his remarkable skills in the Champions League as well. Gent took just one point from their first three games against Lyon, Zenit and Valencia in the group stage, but the coach studied the opponents thoroughly – and beat all of them at the second time of asking, sensationally taking Gent into the last 16.

His contract runs until 2018, and the club are understandably reluctant to release him, but there still is a decent chance of Vanhaezebrouck working with the national team during the next World Cup. They need him. MY

Deschamps has long been regarded as French football’s lucky charm, but his good fortune ran out on July 10. That was the day that France lost 1-0 to Portugal in the European Championship final and many pointed to Deschamps’ muddled tactics as a major factor in that heartbreaking defeat.

France started the tournament using a 4-3-3 before Deschamps stumbled upon a more effective 4-2-3-1, but his strange use of midfielders – notably Paul Pogba – raised eyebrows. Deschamps is now less well-regarded tactically than he was before the tournament began, but deserves praise for fostering a real sense of togetherness in the France camp after years of unrest. He also did a good job in guiding les Bleus to the World Cup quarter-finals in Brazil two years ago.

Deschamps has a fine record at club level, too: aged 35 he took Monaco to the Champions League final (2004) before adding the Serie B title at Juventus and leading Marseille to their first Ligue 1 title in nearly two decades. The chaos that has enveloped Marseille since Deschamps’ departure four years ago shows what a safe pair of hands he is, and explains why the French FA want him to continue despite that Euro 2016 disappointment.

Latest reports suggest he'll see out the remaining two years of his contract, and there will be few complaints in France about that. JE

A record might have been broken when the 70-year-old Lucescu replaced the 38-year-old Andre Villas Boas at Zenit. He might be the oldest in business, but the Romanian is by no means outdated.

Lucescu is still enthusiastic, energetic – and excited to start another long-term project. He is flexible and adaptable too. Few expected him to move from Ukraine to Russia in the current political situation, but the coach is apparently only interested in football – and it’s not like he isn’t used to these testing climes.

Granted, Lucescu's stay at Zenit will probably be shorter than his Shakhtar Donetsk tenure, which lasted 12 years. He brought stability to the club, winning eight championship titles, six Ukrainian cups, lifted the UEFA Cup in 2009, and made Shakhtar a very important part of the Champions League, reaching the quarter-finals in 2011.

Under his guidance, the club had a clear strategy, but the gameplan was never rigid. Lucescu nurtured different types of players, most notably Brazilians – Douglas Costa, Willian and Fernandinho among them. The civil war made his task at Shakhtar extremely tough in the last couple of years, and the new adventure at Zenit promises to be interesting in the extreme.

Without Hulk, Russia's richest club must rebuild, and they chose one of the best coaches for the task. MY