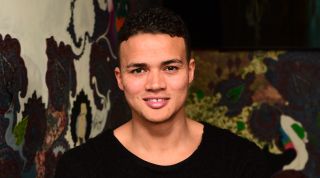 Football is a sport in which confidence is key. So imagine how performance could be affected when a player feels like an imposter in their own life.

That's exactly what Tottenham Hotspur midfielder turned BBC and BT pundit, Jermaine Jenas, has felt like at points in his career. Now, Jenas has opened up about his struggles with imposter syndrome for British Army podcast The Locker, and talked about how little support there was for him when he was at the peak of his abilities.

In The Locker, Jenas sat down with an openly gay soldier named Connor, to speak about times where he's felt like an imposter in his own life.

“First and foremost, imposter syndrome is dealing with a lack of confidence and feeling like you don’t belong in a certain environment,” Jenas explained to FourFourTwo about the podcast. “People might be surprised to hear that even elite-level footballers have these periods throughout their career where they feel like this.”

“It’s about figuring out ways that you can get through it, and I know during my time, I was left alone to figure it out yourself, rather than have a conversation with someone going through something similar. Or even managers and coaches recognising it within you; they’d brush it off and say, 'Oh he’s just suffering with a lack of confidence,' they’d never actually dig deeper into the reasons as to why you’re feeling like this.

“It might not even be about having a bad game, it might be something going on at home, something in your personal life that’s rocked the boat.”

One of the themes touched upon in the interview was how Connor felt as a gay man within the army. In fact, it came up in the podcast about the similarities between the army and a top-level a football club - “It’s a very similar industry, weirdly enough,” Jenas admitted - with the pair noting that often, it's your colleagues who help you through your troubles.

“I learned loads from Connor,” Jenas said. “Connor was a gay man within the army, the struggles that he was going through personally and how much the army helped him, it didn’t surprise me. We had a lot of things we could relate on. And I think some of the examples he said he felt out of place at times and the reasons behind it, they were very similar to what mine were.”

“But the difference that he had that I never had was that he had a place, like a support group within the army for the LGBT community, to come in basically and voice your concerns and opinions and they will be there for you. It’s only been 20 years since gay people have been accepted in the army, but in football, we never had that. It was very much any sign of not being mentally resilient was like an injury. You were classed as weak. So people just used to hide it.”

While the LGBT community, in particular, have received a lot more support in recent years from the Premier League, Jenas certainly believes that a player who made the step to come out as gay, would have the full backing and support of his teammates.

“When people ask me, why isn’t there an openly gay footballer out at the minute, in my mind, it’s never been about the dressing room, or the players,” he says. Whether it's support over sexuality, confidence or mental health, he believes that conversation is key.

“Both of us sharing our stories made me realise that I wish I’d just spoke more. Just little things like certain games where I may have been nervous - everyone pretends they’re not nervous but the minute you go to someone and say 'God, I’m really nervous,' it’s almost empowering you because they go, 'Oh god, I’m nervous too, but we’ll get through it together.'”

“Nerves are part of the game. It’s how you deal with those nerves.”

Of course, we couldn't chat to Jermaine without asking him on Tottenham's chances under Jose Mourinho, next season.

“I don’t think they’ll get Champions League next year,” he said “Purely and simply just because I think there are teams out there better than them and I don’t see them going out into the market and investing heavily. If they do - if Mourinho suddenly got £200m to spend - then yeah, that would be a gamechanger.”

“I keep saying, give him this window and the start of next season - I’ll start to judge Jose then. And right now, from a performance perspective, they’re miles off it - and they know that they are. But they picked up some really good results that hopefully will just give them positivity going into next year.”

That kind of positivity could be huge in the long run, after all - and few players know about the importance of confidence more than Jenas.

The second episode of 'The Locker', featuring Jermaine Jenas, is available to listen to now. You can also read a longer interview with Jermaine in FourFourTwo next issue, out on September 23.