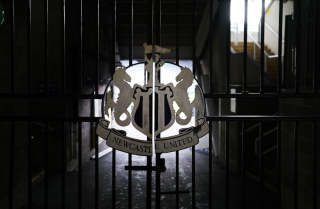 A lack of communication from inside St James’ Park during the coronavirus downtime has a predictable outcome: fans losing out

In a way, nobody owns Newcastle United at the moment. Technically they do, of course, but with the Saudi Arabian takeover still awaiting ratification by the Premier League, the club exists in a strange netherworld. That will continue to be the case until there’s a decision.

One of the resulting complications is a lack of responsibility. Because Mike Ashley appears to be relinquishing his grip, the way the club behaves during this interim period isn’t subject to the usual scrutiny. Given how much turmoil there is in the world and how the coronavirus has impacted the business of football, that’s actually proving quite convenient.

It’s a luxury which Newcastle have been benefitting from for months. When Tottenham and Liverpool publicly declared their intention to furlough staff, they were – quite rightly – attacked for their opportunism. The retaliation was quick and fierce and, ultimately, strong enough to force a change in policy.

In contrast, when Newcastle declared that they would do the same, in the final week of March, there was little response outside the north-east. That was partly because more financially successful clubs were bearing the brunt of the criticism, but also – frankly – because it was a course of action Ashley was always likely to take. Had the club chosen a different path and guaranteed the wages of its non-playing staff, then that would have been the greater surprise and the bigger story.

In the weeks since, the takeover’s progression has allowed the shadows to grow and it’s within that darkness that another controversy has quietly developed.

Newcastle are still collecting direct debits for advance season ticket payments, even with it confirmed that the rest of the Premier League season will take place in empty stadiums and that, as yet, there are no plans to allow attendance in 2020/21.

This is not a new development. On March 25, writing in the Guardian, Louise Taylor reported that two fan organisations, Toon for Change and the Newcastle United Supporters Trust, had both taken pre-emptive action, contacting the club to express their concern over season-ticket payments. In both instances, no meaningful response was received.

In addition to which, the club have refused to issue refunds for tickets rendered useless by the pandemic and, in March, took full payments for 2020/21 Season Tickets. Over two months later, nothing has changed. On the June 1, as reported by Mark Douglas for Chronicle Live and confirmed by supporters on social media, another direct debit payment was taken.

It’s a nebulous issue. It may well be that repayments and reimbursements are complicated by takeover mechanisms already in place – that’s possible – but as anyone who has raised an objection has mentioned, the truly antagonising factor is the lack of communication.

As Mark Douglas writes: “At a time when fans might be experiencing financial hardship and it has now been acknowledged that supporters won't be back at St James' Park, to simply stonewall justified questions about what is going to happen to season ticket money just about sums up this regime.”

That’s very fair. It’s also a criticism which separates Newcastle from the rest of a league that, in the main, has made a great performance of its benevolence. Rightly, because people are suffering. Jobs are being lost, budgets are being stretched, and people’s lives remain at risk. There are 19 Premier League clubs who have shown themselves capable of compassion.

That isn’t a course of action exclusive to the most profitable clubs, either. Burnley have granted refunds. Brighton have done the same, also providing the opportunity for fans to defer due payments. Everton have granted credits and refunds and, for the time being, Sheffield United have withdrawn 2020/21 season tickets from sale.

Not every club has responded in the same way. Neither did they all react at the same speed or with similarly commendable gestures. The one commonality, however, is that they have all responded in some way – they have, at worst, outlined their position or attempted to communicate their response to those likely to be affected by it.

All except Newcastle. From whom there is nothing but silence. There have been no responses to the questions of the local press. Nor are there any clarifications on their website, or is there any indication that their stonewalling stance is liable to change.

Perhaps there is a reason for that. Maybe it’s something convoluted, which is buried with the takeover minutiae, but there’s really no defence for not explaining that situation. In fact, the failure to do so just describes a contemptuous attitude which has been this regime’s subliminal habit and which, even now, deserves to be challenged.