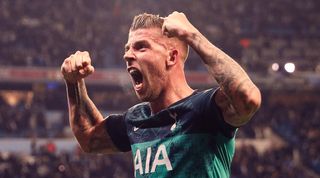 6 minutes on the clock, 24 answers to guess - we've listed them by season.

In 1963, Tottenham Hotspur became the first British club to win a European trophy, when they lifted the Cup Winners' Cup. It was to become the start of a beautiful relationship with continental football.

More recently, Tottenham have been a mainstay in Europe. They've got the stadium for it now, they certainly have the players for it too - is it only a matter of time before they go all the way?

For a team that have only had 24 opponents, they've been part of some absolute classics.