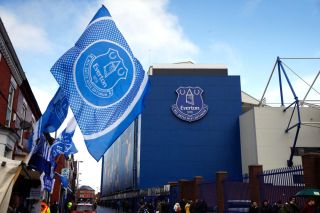 The summer of 2011 feels like a long time ago. David Cameron was celebrating a year as Prime Minister, The Wanted’s Glad You Came dominated the charts and London rioted (presumably as a result).

It was also a summer in which Everton spent precisely nothing in the transfer window, and their only permanent signing was 39-year-old third-choice goalkeeper Marcus Hahnemann on a free transfer. Mikel Arteta left for Arsenal on a traumatic deadline day where David Moyes sealed loaned moves for Royston Drenthe and Denis Stracqualursi in response.

Drenthe’s loan was effectively ended in March after he missed a team meeting and, when reprimanded, told Moyes to “fuck off”. By 2016 he was (temporarily) retired from football and pursuing a career in rap.

Stracqualursi became a cult hero at Goodison for his unfailing work ethic, but notched a solitary league goal in 20 games. He’s still only 31, but in the last four years has played for five clubs in three different countries and scored a mere seven league goals.

“Where’s the Arteta money, Bill?” was the question on most Everton fans’ lips, and the answer they received from chairman Kenwright was not the one they desired. In a meeting with discontented fan group The Blue Union, and under severe pressure from the bank, Kenwright admitted: “Look, we’re desperate... I’m desperate.”

If you’d told Kenwright or any other Evertonian in September 2011 that in less than a decade, the club would be casually spending over £50 million on two players in two days, he may have thrown a left hook your way. If you’d chucked in credible plans to move into a £500 million stadium on the waterfront, a more extreme response would surely have been in the offing.

The investment of British-Iranian businessman Farhad Moshiri following his 2016 takeover has not always been well directed, but it has fundamentally changed the club’s outlook.

Still, though, excitement was not in endless supply as recently as a few weeks ago. As was widely expected, key man Idrissa Gana Gueye left for PSG. He leaves a huge hole in midfield, having been in the Premier League's top two for tackles each season since his 2016 arrival from Aston Villa. Crushing defeats to Chelsea (5-0) and Tottenham (6-2) on his rare absences in recent seasons remain painfully fresh in the memory.

Fabian Delph, Andre Gomes and Jonas Lossl are all positive buys, but none significantly improve the starting XI from last season. There was regret over the loss of Ademola Lookman, whose goalscoring debut in a 4-0 win over Manchester City had promised so much but heralded little tangible contribution in blue.

The seemingly never-shrinking pile of deadwood left over from Steve Walsh and Ronald Koeman’s 2017 scattergun splurge remains mostly unsold and unwanted. Believable rumours of a replacement for Romelu Lukaku, desperately needed for two years already, were thin on the ground. A total of three goals in seven pre-season games against Sevilla, Mainz, Werder Bremen, Monaco, Sion, Wigan and Kariobangi Sharks told its own story.

And then possibly the least believable of all the rumours came true. Moise Kean is an Everton player. It still hasn’t sunk in. Italy’s hottest prospect, Juve’s future and a serial record-breaker is now a Toffee; a player used to scoring a goal every 90 minutes as a teenager in Serie A, and cooly defying racists in the process. Not Denis Stracqualursi.

Kean has the ability to transform Everton’s attack. A genuine threat in behind defences and through the middle of the pitch should liberate Richarlison and thrill Gylfi Sigurdsson, both of whom reached double figures for goals themselves in 2018/19. A recent compilation on Twitter highlighted just how many chances deftly created by the latter were spurned by Dominic Calvert-Lewin and, in particular, Theo Walcott last season.

At just 19, Kean might not deliver to high expectations immediately. He may never do. But he has already delivered that most valuable currency – hope – to a fanbase that eight years ago was in dire need of it.

Add to that a clever £25 million move for 23-year-old Jean-Philippe Gbamin from Mainz as Gueye’s replacement, a loan for French World Cup winner Djibril Sidibe and £40m deal for Alex Iwobi, and things are looking promising indeed.

Chelsea have a junior manager and their least impressive squad for years which they have been unable to improve on. The same is mostly true for Manchester United. Both lost at Goodison towards the end of last season, as did Arsenal.

Evertonians will not be automatically expecting a top-six finish. But, as you’d imagine fans of Leicester, Wolves and West Ham feel also, there’s a palpable sense that for the first time in a few years it’s a real possibility.