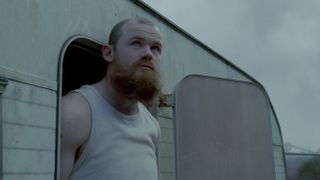 Wayne Rooney drags himself out of bed to stare at the desolate landscape around him. He is alone. He has been alone for as long as he can remember. He picks at the crumbs clinging to his stained vest, itself hugging a bloated stomach, and sighs. He joylessly cooks some tinned food before stepping out into a world he no longer recognises. The wrinkles on his furrowed brow are as long as the unkempt beard stretching from his chin. He is haunted by the adulation he once received, and the thrills he will never enjoy again.

No, this is not a glimpse courtesy of the ghost of lockdown future, but a scene from the greatest football advert ever made...

It started with an idea. ‘Make the difference’. As Nike’s global advertising director for football, it was Enrico Balleri’s job to develop creative “insights”, and that was the tagline his team had chosen.

The campaign was months old by the winter of 2010 and had to reach a crescendo. Suddenly their own slogan took on a new meaning at Nike HQ. They themselves had to make the difference at the most important moment of all – the world’s most-watched sporting competition, while surrounded by an endless barrage of competitors and following in a proud tradition of iconic adverts of decades past.

There was, undoubtedly, huge pressure. But a burden shared is a burden halved, and Nike got in touch with an old friend. Wieden+Kennedy had been a partner since 1978, and had realised the timeless Airport 98 with John Woo and Ronaldo 12 years previously. They were given the brief, and told to come back with a story. They delivered. After rounds of meetings, presentations and deliberations a concept was decided upon: ‘The Ripple Effect’, which later became ‘Write the Future’.

But coming up with a concept is all very well - making it into reality is a far greater challenge. A film of this ambition and scale required a keenly creative mind, but one with a strong understanding of football, and an experience in juggling multiple storylines at once. In step Alejandro Inarritu.

“That was a key moment,” remembers Balleri, now Nike’s Marketing Director for Southern Europe. “I still remember when Wieden’s creative directors Mark Bernath and Eric Quennoy proposed his name. I was like ‘Oh my god’.

“I was a huge fan of him personally and everything clicked immediately. He had a history of making these amazing stories and fielding multiple plotlines. His stories are very visceral and they all intersect with each other. If you think about movies like Babel or Amores Perros, they’re all different stories, immersive worlds, that he creates. They are very messy, but they intersect with each other. He pushed Wieden to bring their craft to a level that no other director would have done at that moment.”

Inarritu grew up in the shadow of the Estadio Azteca in Mexico City and was seven when Pele, Jairzinho, Rivelino and co. lit up the 1970 World Cup. 40 years later he was now charged with bottling the unique magic of football’s greatest prize.

He is, apparently, a bona-fide futbol fan and it showed. The sport has the potential to be botched badly on screen if executed by creatives without an authentic understanding of the game. Balleri suspects it was the subject matter that drew the Oscar-nominated director to the role.

The shoot, which lasted a lengthy two months, was not without complications. Filming took place in January and February just as Europe’s leagues approached their climax and the knockout stages of the Champions League got underway. Dozens of densely packed schedules had to be delicately interwoven. It was, in Balleri’s words, “a logistical nightmare”.

Multiple athletes picked up injuries and couldn’t complete their sessions as originally planned. A horror start befell the team on location in Madrid, as shooting was disrupted by one of the worst snowstorms in the history of the city. It raged for over ten hours, as parts of Spain saw their first snow in 56 years. Production was halted and restarted before it had even begun. The film crew traversed three continents. Quennoy later described it as the most Herculean effort invested by a commercial production team.

A director as brilliant as Inarritu was never likely to be phased. Nor were the experienced teams at Nike and Wieden, who had worked on countless projects before. Still, it was a relief for the crew when they discovered Rooney could act.

“Wayne was fantastic, he was totally in his role,” recalls Balleri. “We didn’t know for sure how he’d be, because some of the moments in the script are almost weird or uncomfortable.

“I’ll never forget being with my team in front of the monitor and seeing him acting in the camper van with the long beard. He was so good at it, it was natural.

“You never know what you’ll get if you put someone in front of the camera when it’s not their job, but Wayne was totally into it and we were all very pleased with him.”

Rooney’s role might seem straightforward, but any viewers of his extraordinarily wooden performance in a Casillero del Diablo advert might suggest his contribution to ‘Write the Future’ is two-time Academy Award winner for Best Director Inarritu’s finest achievement in film.

Rooney was far from the only star to lend a cameo. Didier Drogba, Franck Ribery, Thiago Silva, Ronaldinho and Cristiano Ronaldo all take to the pitch for a game that can see them depart a hero or villain.

Fabio Cannavaro is serenaded by Italian crooner Bobby Solo in front of a swarm of adoring female fans. Tim Howard and Landon Donovan share a wry smile over a morning paper celebrating Rooney’s demise, while Andres Iniesta, Cesc Fabregas and Gerard Pique discard the alternative hagiography in disgust over some toast.

Roger Federer loses to England’s record goalscorer at table tennis. Even Homer Simpson gets in on the act, adjusting his catchphrase to incorporate the Portuguese winger who has just nutmegged him at his front door. Gael Garcia Bernal - Inarritu’s muse from Amores Perros and Babel - plays said rascal in an imagined film about his life, one that later became a reality. The late Kobe Bryant pays homage to Ronaldinho, then of his beloved AC Milan.

Cynics later pointed out that few of the stars went on to shine in South Africa. Ronaldinho didn’t make the Brazil squad, Rooney lashed out at England fans after toiling in the Cape Town heat, and the Guardian blamed Federer’s premature Wimbledon exit on his appearance. But Balleri insists there weren’t internal concerns at Nike.

“Not really,” he dismissed. “We launched it in May, but it wasn’t necessarily tactical when we launched. Plus, I’m optimistic by nature. We still had three athletes in the film that actually won the tournament [Iniesta, Fabregas and Pique]. Glass half full, right?”

The action was scored by Dutch prog-rock band Focus, who had one top ten UK single at the peak of the group’s international fame in 1973. Their 1971 song ‘Hocus Pocus’ was a peculiar choice from Bernath – Balleri had “never heard of it” – but an inspired one. Bernath’s friend had used it to soundtrack a skydiving video from a friend’s stag-do some 20 years before, the song stuck in his mind and was now played out on televisions around the world. The single re-entered UK charts after a 39 year hiatus, and was later used to similar effect in Edgar Wright’s Baby Driver.

“This film being such a rollercoaster, and a long one as well, meant we couldn’t do the usual soundtrack we were used to,” said Balleri. “It needed music that represented the ups and downs of the story.

“The song came out of nowhere but it really fitted magically. It felt like it was written for it, if you were scoring a musical for that film you would make something like that, it was perfect. It’s a ride, there are different routes, it’s never repetitive and you have peaks and troughs.”

The music tied the frenetic action together immaculately, and creatives were confident they had created a masterpiece.

But as the tournament, of which arch-rival Adidas was the official sponsor, loomed further challenges presented themselves. Nike had a film, yes, but they had to launch it correctly. This meant going into unchartered territory.

For the first time, the company launched their campaign digitally on Facebook. Though it seems standard practice in 2020, 10 years ago it was a dramatic shift from conventional strategy.

“We were very nervous,” admitted Balleri. “When we uploaded the film I was in the office with a colleague. When you launch on Facebook you have consumers telling you in the moment if they like it or not. It could have been a brutal experience.

“Just seeing in the first few minutes the comments of people about the film, it was a beautiful moment. I’ll never forget it. We knew then that people would love it, and that all the work we’d been doing for months had paid off.”

REVISITED How the Liverpool empire came to crumble – the whole story of the Reds’ last title win, 30 years on

The advert was viewed over 20 million times online within five weeks of release and led to over double the social media buzz enjoyed by Adidas. The company launched an interactive LED screen on Johannesburg's 138-metre tall Southern Life Center skyscraper, encouraging fans to “Write the Headline”. Balleri remembers being at a game during the tournament and overhearing fans on the seats next to him talking about the film. Few adverts would induce such fervour.

But there is something unique about ‘Write the Future’. It resonated with fans then, and it can stir nostalgia today. On a recent episode of The Totally Football Show, James Richardson described the “extraordinary three minute opus” as “literally everything that you’re dreaming a World Cup can be”. What was it about the film that captured the public’s attention in a way no successor has truly managed to since?

“I think we had the truth about major sporting moments, the ones that define athletes’ future” said Balleri. “You can see your worst fears and best dreams in that advert.

“It’s filled with a lot of magic moments, lots of creativity. It’s a pure relentless entertainment ride for three minutes, and there are so many subplots.

“Every time you watch it you discover something different, it’s a continual surprise.

“That’s what you get when you get a director like Inarritu, who can create a timeless direction for a story. There’s a clear vision, but it never slows down. You’re always on the high of this rollercoaster. That’s why it’s stood the test of time.”