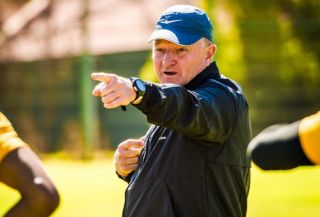 The former Sundowns man Castro missed the last few games of last season after sustaining an injury and leaving the bio-bubble and has not recovered in time for the opening game of the season.

Nurkovic played through the pain barrier at the back end of last season and had to have surgery once the campaign had ended and has missed pre-season.

“I came here and a lot of these players have been injured,’ Hunt told the media.

“Samir, the top goalscorer, has been injured and he won’t play. He’s had an operation, hasn’t trained a single day and I think he will be out for some time. Castro was obviously also injured before the end of the season. He also hasn’t trained much. I think those are the two major injuries.

“They were the cornerstone of the team last year and had done very well. That is a problem going forward – but we will have to realign ourselves and reshape to play to the strengths of the players that we’ve got, that’s important and I will try and do that."

Chiefs face the Team of Choice on Sunday afternoon with kick-off set for 3pm.