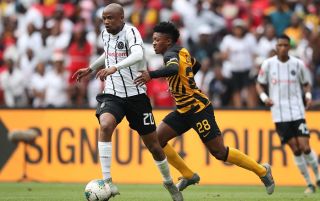 According to reports Orlando Pirates are looking to offload a number of first-team stars after yet another window of making numerous additions and midfielder Xola Mlambo looks to be the first one out.

Mlambo formed a vital part of the Buc’s setup under Milutin Sredojevic and Rhulani Mokwena and was almost a fixture in the team on his arrival from Bidvest Wits in 2018.

Pirates finished second twice under Micho and while Mlambo played a big part in that he has struggled for game time since the arrival of Joseph Zinnbauer.

The Buccaneers have so far announced four new players in Thulani Hlatshwayo, Deon Hotto, Collins Makgaka and Terrance Dzvukamanja ahead of the 2020/21 season, with a few more understood to still be on their radar.

According to SoccerLaduma, sources inside the club suggest that Mlambo will soon be leaving the club as Pirates look to balance their squad ahead of the new season.

Furthermore, it has emerged that Mlambo has already stopped training with the Buccaneers, suggesting that his exit is imminent.