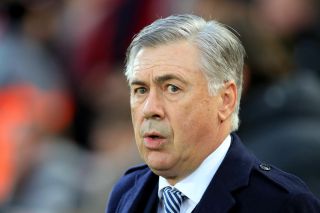 Surely the game’s greatest destiny was realised in 1998 when former Kaiserslautern defender Wolfgang Wolf was appointed manager of Wolfsburg. Inevitably it proved a match made in heaven, as Wolf established the club as a Bundesliga force during his five-year tenure before being axed in 2003.

Diego Maradona may be routinely credited as the architect of Napoli’s golden age, but he had no more fitting a team-mate than midfielder Fernando De Napoli. Signed from nearby Avelino in 1988, De Napoli’s six-year spell with the club yielded two Scudettos, a UEFA Cup and a Coppa Italia.

According to an online baby names database, “Arsene” is proud and ambitious, as well as exuding “a combination of charm and elegance”. No doubt the site gave reassurance to the Gunners prior to their appointment of Wenger in 1996. They weren’t wrong. Wenger departed 18 years later with his name written well and truly over the club’s hearts. But then, it had been all along.

Unai who? Bilbao must have thought he was on to something when he side for the eponymous Spanish side in 2014. Unfortunately, in four years with the club he never made it beyond their B team, before he was finally put out of his misery and allowed to leave for Mexican club Atletico San Luis in 2018.

The midfielder waded out of Atletico Madrid’s lower-league set-up to join Sevilla in 2005, but departed three years later having failed to make what would have been a fitting breakthrough. He subsequently ended up at rivals Real Betis, where he established himself in the first team and scored a goal against Sevilla in the Europa League in 2014, which must have made for a confusing scoresheet.