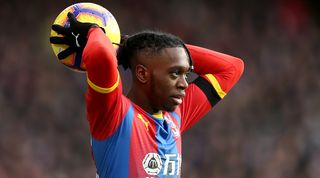 Crystal Palace will demand £60m for Manchester United target Aaron Wan-Bissaka, according to The Daily Mail.

Ole Gunnar Solskjaer is keen to improve his defensive options ahead of next season after United conceded 54 goals in the Premier League this term.

The Norwegian has identified Wan-Bissaka as a potential option at right-back after the 21-year-old's brilliant campaign at Selhurst Park.

However, Palace do not want to lose the youngster in the same summer as Wilfried Zaha, who looks set to depart for a Champions League club.

The Eagles will not sell Wan-Bissaka, who is under contract until 2022, for less than £60m.

That price is far in excess of what United would be willing to pay, which means a transfer will be difficult for the Red Devils to pull off this summer.

The hangover: coming to terms with Leeds United's play-off heartbreak