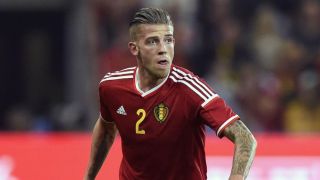 Toby Alderweireld thanked Ronald Koeman for restoring his confidence at Southampton last season, but acknowledges his switch to Tottenham has caused frustration at St Mary's Stadium.

The Belgium international enjoyed a season-long loan on the south coast from Atletico Madrid in 2014-15, and had been heavily linked with making a permanent switch ahead of the new campaign.

However, Tottenham swooped in to sign the defender on a five-year contract on Wednesday, leaving Southampton considering legal action.

"I understand that there is some disappointment," he told De Telegraaf.

"I have sent a text message Ronald and thanked him for a great year. He gave me a lot of confidence and made me a better footballer.

"I gave one hundred per cent for Southampton and wish everyone luck for next season."