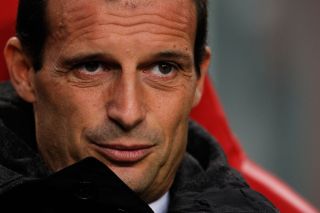 That deal is due to expire in June and he admitted there will be no new deal until the campaign comes to a close and the club's performance has been analysed.

"At the end of the season we will evaluate (the situation)," he said.

"If there are the conditions we will move forward, if we agree on everything else (I will be) the Milan coach, (otherwise) I will have another team.

"The work must be assessed at the end of the season along with the company to see whether the original objectives have been achieved together at the beginning.

"When you're training a great team you have to have serenity, inner strength and strong nerves."

Milan have struggled this season with only three wins from their eight matches, and have yet to win away from home.