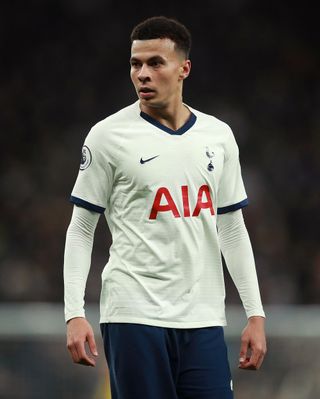 Tottenham will assess Dele Alli ahead of the FA Cup fourth-round replay with Southampton.

Alli was injured due to a reckless tackle from Raheem Sterling in Sunday’s 2-0 win over Manchester City, but could play.

Steven Berwijn is ineligible having joined after the original tie while Moussa Sissoko (knee) and Harry Kane (ankle) miss out.

Stuart Armstrong remains a doubt for Southampton due to a hip problem.

Manager Ralph Hasenhuttl says the midfielder is ahead of schedule in his recovery but the cup replay will probably be too soon.

Defender Yan Valery is also set to miss out due to a viral infection while new signing Kyle Walker-Peters is ineligible to face his parent club.