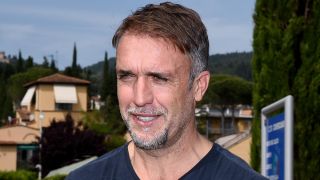 Argentina and Fiorentina icon Gabriel Batistuta has an offer on the table to coach Adelaide United in the A-League next season.

Amor guided Adelaide to their first A-League title in 2015-16 but he oversaw a disappointing championship defence as the Reds finished ninth in the 10-team league last season, with 48-year-old Batistuta now favourite to fill the vacancy despite his limited coaching experience.

"We can't sit on our hands," Mayer told News Limited on Thursday.

"We're chasing a suitable replacement after Guillermo Amor, [who] has all the respect and goes out on his own terms.

"With Batistuta an offer has been made but there is also a Plan A, B and C."

Batistuta – who moved to Perth in Australia after retiring in 2005 – was one of the most prolific strikers in football during the 1990s, scoring more than 200 goals for Fiorentina.

He also scored 54 goals for Argentina – the AFA does not recognise his brace against Slovakia's youth team in 1995 – before Lionel Messi broke his international record last year.