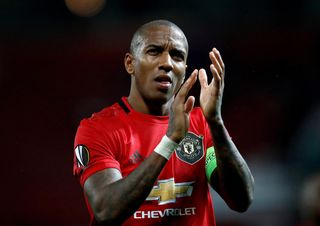 Ashley Young has completed his move from Manchester United to Inter Milan.

The England international, 34, has put pen to paper on a deal until the summer with the option of a further season with Inter in Serie A.

“Ashley Young is officially an Inter player,” Inter confirmed on their official website.

“The 34-year-old English defender arrives from Manchester United and has signed a contract lasting until June 30 2020 with an option to extend for a further season.”