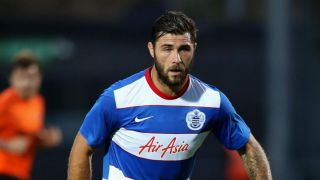 Charlie Austin will remain at QPR this season after a much-expected move to a Premier League club failed to materialise.

Austin had been widely linked with a transfer away from Loftus Road since QPR were relegated from the top flight in May.

The likes of Newcastle United, Tottenham and Crystal Palace were all credited with an interest in the striker but, a matter of hours before the end of the transfer window, he confirmed he will be staying put.

Austin – who scored 18 goals in 35 Premier League appearances last term, form that earned him a call-up to the England squad – has entered the final year of his contract with QPR.

Chris Ramsey's side, helped by four goals from Austin, sit fourth in the Championship after taking 10 points from their opening five games.