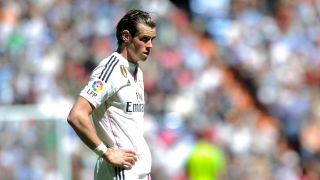 The Wales international sustained the problem in Sunday's 9-1 win rout of Granada at the Santiago Bernabeu, with coach Carlo Ancelotti suggesting the forward could be doubtful for the midweek clash.

"Bale has had a problem with his left foot. We will assess him and then decided on the starting line-up," the Italian explained on Tuesday.

However, Bale is among the 20 players called up by Ancelotti for the short trip to the Estadio del Rayo Vallecano.

The former Tottenham man scored the opening goal in Sunday's comprehensive victory as he continued his revival at the Bernabeu following a difficult start to 2015.