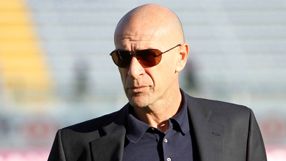 Ballardini, previously in charge between November 2010 and June 2011, replaced Luigi Del Neri to become Genoa's third coach of the season.

Del Neri, fired after Sunday's 2-0 home defeat by Catania, had been at the helm for only three months as he continued the succession of hirings and firings by volatile club president Enrico Preziosi.

Preziosi has employed 10 coaches since he took over the club in 2003, five of them on two occasions.

Del Neri was the eighth coaching victim of the season with two at Genoa and one each at Palermo, Cagliari, Chievo, Sampdoria, Pescara and Siena.