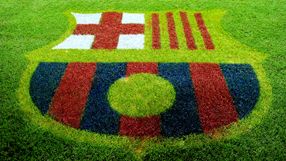 "We have received a proposal from Barcelona that they are willing to play in Bangladesh in August," Bangladesh Football Federation (BFF) president Kazi Salahuddin told reporters on Wednesday.

"They have sought three million euros as appearance fees and we are now considering our funding options. It will be great news if we can really host them."

Barcelona and some other top European clubs, including La Liga rivals Real Madrid and Premier League leaders Manchester United, are immensely popular in football crazy Bangladesh, currently at 168 in the FIFA rankings.

The country paid huge appearance fees to host an international friendly match between Argentina and Nigeria in 2011 when Dhaka's Banganabdhu National Stadium was packed despite high ticket prices.

Barcelona's Lionel Messi led his national side to a 3-1 win over the African nation in what was the biggest ever football match to be held in the impoverished South Asian country.

Salahuddin said they are now also looking for a suitable opponent for the vastly popular Barcelona.