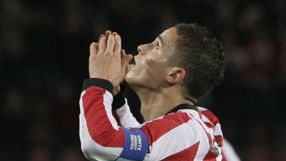 "He is a player who interests us," the former Barca and Spain goalkeeper said, without specifying whether they would attempt to sign him during the January transfer window or at the end of the season.

Afellay's contract with PSV ends on July 1, 2011 and media reports in both Spain and Holland have said Barca will sign him in January for a fee of around three million euros.