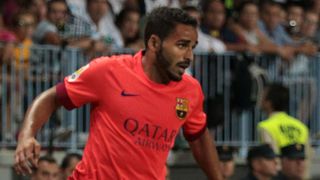 Barcelona defender Douglas will spend the 2017-18 season on loan at Portuguese champions Benfica.

Douglas signed for Barca on a five-year deal in 2014 but spent last year on loan at Sporting Gijon.

And the right-back will again play his football away from Camp Nou after making the temporary switch to Lisbon.

The 23-year-old will help to fill the void left by the sale of Nelson Semedo, who left for Barca earlier in the transfer window.

Benfica have won the last four Primeira Liga titles but are two points behind Sporting CP and Porto after four games this term.