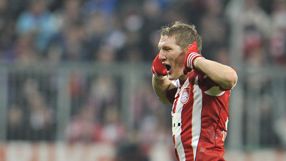 Speaking to reporters prior to the team's departure for their Champions League match away to AS Roma on Tuesday, Rummenigge said the midfielder would remain in Munich until 2012 even if it meant losing him on a free transfer.

"I have always said that we really want to extend Bastian's contract and that is what we are working on," Rummenigge said.

"He is one of our most important players, if not the most important one. But if (a contract extension) does not happen then he will certainly stay at Bayern until June 30, 2012. He will not leave before that date."

Schweinsteiger has played a key role in the past few years and last season was instrumental in helping them to a domestic double and the Champions League final.

The 26-year-old has also grown into a leading figure for the national team, steering Germany to a third place finish at the World Cup in South Africa earlier this year.

Bayern coach Louis van Gaal recently urged the club to consider selling Schweinsteiger at the end of the season should he refuse to sign an extension so as not to lose out on a transfer fee worth tens of millions of euros.

The player, who has been at Bayern since the age of 14 and has won five German championships and German Cups, has hinted he could leave when his contract runs out or even before it with several top European clubs reported to have an interest in signing him.

Bayern have already extended contracts to 2014 or beyond with several valued players including Franck Ribery, Philipp Lahm, Thomas Mueller and Holger Badstuber.