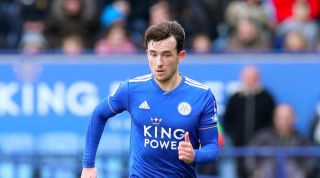 Chelsea will move for Leicester left-back Ben Chilwell once their transfer ban expires, according to The Sun.

The Blues are currently banned from registering players for two windows after breaking FIFA rules regarding the signing of under-18 foreigners.

However, Frank Lampard is plotting a £70m swoop for the England international next summer.

The Chelsea boss believes the 22-year-old Chilwell is a long-term solution at left-back.

Marcos Alonso is considering his future and Lampard wants Chilwell to compete with Emerson Palmieri for a starting spot.

Manchester City were previously linked with a move for the Leicester man but opted against submitting an offer this summer.