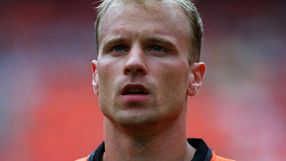 The aim is to fill the gap between the under-23s, who failed to qualify for the European finals, and Bert van Marwijk's senior side.

"The idea came up spontaneously at the KNVB to create a team with no age limit," van Marwijk told a news conference after naming his own 19-man squad for a friendly against Sweden in Amsterdam on November 19.

"Some of the Dutch league teams didn't react enthusiastically but we informed them properly and we will keep their interest in mind."

Van Marwijk said some of the players in the main squad remained doubtful for the Sweden game and he would replace them from the B squad if necessary. Klaas Jan Huntelaar and Arjen Robben are already injured.

The Netherlands last had a B team in 1989. They will play Sweden under-23s in Waalwijk on the same day as the Amsterdam friendly.