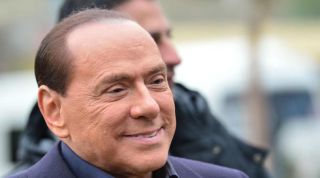 Reports in Thailand earlier in the day stated that Thai investor Bee Taechaubol had lodged an offer of one billion euros for a controlling stake of the seven-time European champions.

Former Italian prime minister Berlusconi insisted only last month that he is not looking to sell Milan and Fininvest released a statement, via the club website, to reiterate that stance on Monday.

"In response to press reports, Fininvest reiterates that it is not interested in selling majority shares in AC Milan." the statement said.

"Fininvest can only reiterate the statement left on Saturday the 14th of February: "various entities have shown interest in a partnership with Fininvest relating to Milan, but categorically deny that there have been negotiations, let alone pre-contract agreements or "decisive meetings" on the agenda."

Milan are enduring another frustrating season and Sunday's 1-1 draw at home to Empoli leaves them 11th in Serie A.

Meanwhile, Milan also revealed that defender Alex had surgery on a broken nose on Monday and fellow defender Gabriel Paletta has sustained a thigh injury that the club will assess again at the start of next week.