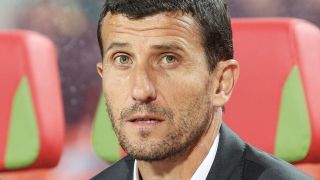 Watford have announced the appointment of former Malaga and Rubin Kazan coach Javi Gracia as Marco Silva's successor on an 18-month contract.

Silva's dismissal was confirmed on Sunday, after Saturday's 2-0 defeat to Leicester City left them with just one win from 11 Premier League outings.

But Watford's decision was based on Everton's pursuit of Silva in November, when the Merseyside club attempted to lure the Portuguese coach away from Vicarage Road.

Watford felt that situation caused a "significant deterioration" in the their fortunes, a claim supported by the fact that the club have lost seven of the 10 league matches since Sam Allardyce took the reins at Goodison Park.

They have wasted no time in appointing a successor, however, with 47-year-old Spaniard Gracia hired with immediate effect.

| is delighted to announce the appointment of Javi Gracia as the club’s new Head Coach on an 18-month contract.Welcome, Javi!Find out more here January 21, 2018

Gracia's most notable spell as a coach was at Malaga from July 2014 until May 2016, when he led the club to ninth- and eighth-placed finishes in LaLiga, despite a lack of investment in his squad and turbulence behind the scenes.

He received particular praise for his faith in young players, most notably Samu Castillejo, Samu Garcia, Juanmi and Sergi Darder, all of whom ended up being sold.

Gracia then moved on to Russian side Rubin Kazan, but he left by mutual consent in June 2017 after finishing ninth in his solitary season in charge, with his lack of knowledge of the language said to be major stumbling block.