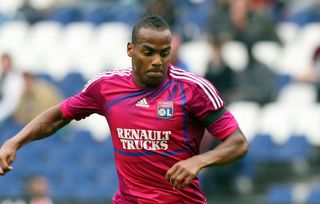 The 29-year-old became a free agent when his Lyon contract expired at the end of the 2013-14 season, bringing to an end his four-year stay with the Ligue 1 club.

Briand scored 22 league goals in his time at Stade de Gerland, often used out wide rather than as the spearhead of the attack.

McKay has revealed that Frenchman is now eager to join a Premier League outfit ahead of the new campaign.

"I signed a contract with Jimmy recently and he is looking to move to England," he told Sky Sports.

"He is one of the best free agents around as he has played at the highest level for club and country and he played with Bafetimbi Gomis at Lyon, who was also a free transfer this summer [to Swansea City].

"If played in the right position as a striker he will score goals for the right club."

Briand has revealed that he rues not opting to leave France earlier in his career.

"I should have come to England a long time ago as I got the opportunities to go there, but I never went and I regret my decision," he said.

"I have scored lots of goals at Rennes and Lyon and I could have scored more if I was played up front rather than on the right, on the left and behind the striker.

"I am looking forward to playing as a striker and if I play there on a regular basis I am confident I will score goals for whoever I join."