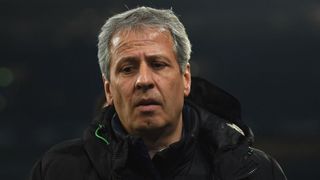 Lucien Favre's men were seeking a fifth Bundesliga win in a row, which would have given them breathing space in the final automatic qualification spot for the UEFA Champions League.

The hosts have European aspirations of their own, with the Europa League a realistic aim, but neither could seize on the openings they created.

Haris Seferovic failed to capitalise on an early opening, while Kevin Trapp made the first of many saves from Max Kruse's sixth-minute effort at the other end.

The Frankfurt goalkeeper thwarted Alvaro Dominguez and Thorgan Hazard late on as the visitors pushed for a late winner, but the sides had to settle for a share of the spoils.

Bayer Leverkusen may have been interested onlookers as they can draw level with Monchengladbach on 54 points with a win over Hannover on Saturday.