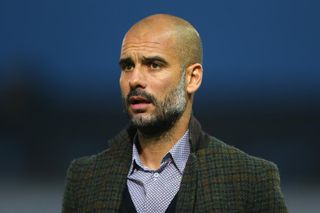 Pep Guardiola's defending champions have yet to be beaten this season and hold a four-point advantage at the summit after seven matches.

In contrast, Bremen are without a victory and recent history suggests Robin Dutt's men are unlikely to end their winless run on Saturday.

Bremen's last away triumph came back in March, at Hannover, and they were thumped 5-2 on their last visit to Bayern in April.

Hoffenheim, Bayern's closest rivals at this stage together with Borussia Monchengladbach, will also face a side struggling at the wrong end of the table when they head to Hamburg on Sunday.

However, Josef Zinnbauer's side picked up a morale-boosting 1-0 victory over Borussia Dortmund prior to the international break and are sure to have been buoyed by that success.

Monchengladbach travel to Hannover seeking to maintain their own unbeaten start, while seventh-placed Mainz - the only other side yet to lose in the Bundesliga thus far - host Augsburg having drawn five of their seven fixtures.

Defender Benedikt Howedes has been impressed with the early work of Di Matteo, who succeeded Jens Keller at Schalke last week.

"He is a calm kind of person who gives clear instructions, has clear ideas and a clear style of play," said Howedes.

"We want to dominate the match [against Hertha] and put the coach's instructions into practice straight away."

Howedes is one of four players back in contention for Schalke, with Jan Kirchhoff, Kaan Ayhan and Dennis Aogo also returning to fitness.

Elsewhere, Wolfsburg travel to Freiburg and Stuttgart will look to inflict only a second defeat of the season on fourth-placed Bayer Leverkusen.