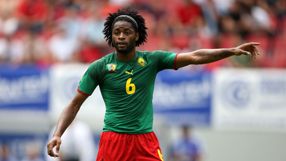 "Let me tell you that no player is banned from the national team," he told reporters. "So Achille Emana, Alexandre Song and Carlos Kameni are likely to be part of the team that will face Senegal on March 26."

The trio had personality clashes with team-mates during the World Cup finals, with Song and Emana playing just once and Kameni benched for the three games at the tournament.

Clemente said he had patched up problems since taking over after the tournament and wanted the trio back for the game against their strongest opponent in their qualifying group.

"We all know the importance of this match. It's a must win for us, and we have all the chances of beating Senegal if we take on the game with the spirit as we played the friendly against Macedonia last month," he said.

The Indomitable Lions, who won 1-0 in their friendly in Skopje last month, are expected to assemble in Lisbon on March 21 to prepare for the trip to Senegal.