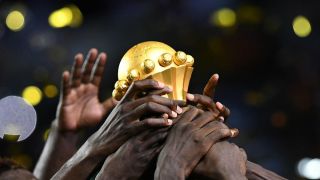 Cameroon have been stripped of hosting duties for the 2019 Africa Cup of Nations due to delays over their preparations for the tournament.

The executive committee of the Confederation of African Football (CAF) announced the decision on Friday following a lengthy meeting in Accra, Ghana.

Next year's expanded edition of the biennial tournament will be held in June and July, with 24 nations taking part.

Cameroon, who lifted the trophy last year after beating Egypt 2-1 in the final, were initially named as hosts for a 16-team event, only for CAF to confirm an increase in participants in July 2017 during a symposium held in Morocco.

Today, the Executive Committee met in Accra, Ghana and has decided that could not host the 2019 Total Africa Cup of Nations – Further information will follow soon at: November 30, 2018