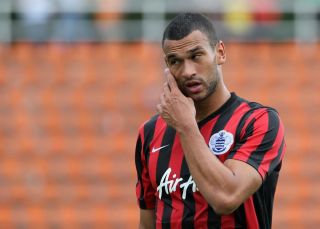 The former Tottenham central defender, one of six new signings at Loftus Road since the club were promoted from the Championship in May, suffered a miserable return to White Hart Lane as Rangers were put to the sword on Sunday.

Harry Redknapp's side were three goals down inside 37 minutes and Emmanuel Adebayor completed the rout in the second half.

Caulker was "bitterly" disappointed by Rangers' lacklustre display and knows they must raise their game after losing their first two matches back in the top flight.

"We know we have got to be better than that this year," he said. "We hope that will be the lowest point of the season.

"It was a poor, poor showing and there are no excuses.

"There is no hiding and we definitely have to go and be better against Sunderland at home (on Saturday). We have personal pride and it was not evident, we were weak all over the pitch.

QPR will be expected to get their first competitive victory of the season against Burton Albion in the second round of the League Cup.