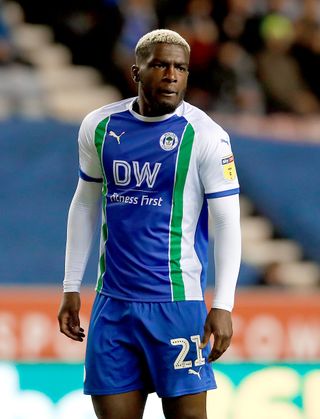 West Brom have strengthened their defensive ranks with the signing of Cedric Kipre from struggling Wigan for an undisclosed fee.

The 23-year-old has signed a four-year contract with the Baggies, who are back in the Premier League after winning promotion last season.

Kipre caught the eye in the Championship during the 2019/20 campaign, helping the Latics keep 12 clean sheets in the 36 league matches in which he appeared, before Wigan entered administration and were relegated.

Kipre, who came through the ranks at Paris St Germain before spells with Leicester and Motherwell, told the club’s official website: “I am happy. It’s a big club and the chance to play in the Premier League was what attracted me.

“I’m expecting to learn a lot from (manager) Slaven (Bilic) because he played in the same position and he can teach me areas to progress.”

“I believe we’ve signed someone in Cedric who has got the potential to really establish himself as a Premier League defender,” Dowling said.

“He was part of a Wigan team that, from the turn of the year, produced results which would have placed them in the Championship’s top three and Cedric was a very impressive figure in that run of form.

“He has been on our target list for some time. We are delighted to get the deal done and look forward to watching him progress.”