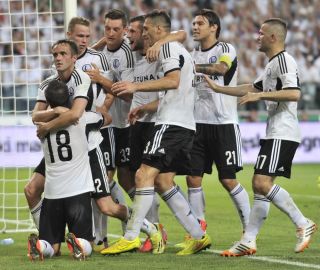 The Polish side were expelled from the competition after UEFA ruled that they had fielded an ineligible player in their 6-1 aggregate third round qualifying win over the Scottish champions, handing Celtic a reprieve and the opportunity to reach the group stages.

An initial appeal against the decision to UEFA was dismissed and Legia subsequently took their case to the Court of Arbitration for Sport (CAS), while putting forward an "urgent application for provisional measures requesting that it be provisionally admitted to participate in UEFA Champions League matches until the CAS renders its final arbitral award".

However, CAS confirmed on Monday that the request was denied, meaning Celtic are free to play their play-off first leg tie at Maribor on Wednesday.

"The Court of Arbitration for Sport (CAS) has denied the urgent request for provisional measures filed by the Legia Warszawa SA in the course of its appeal against the UEFA Appeals Body decision of 13 August 2014," read a statement from CAS.

"The President of the CAS Appeals Arbitration Division considered the parties' written submissions and has denied Legia Warszawa's request.

"Accordingly, Celtic remains qualified to participate in the UEFA Champion’s League 2014-2015 and will play its next match against NK Maribor on 20 August 2014."

CAS are now set to meet again in the coming weeks do decide on Legia's appeal against UEFA's ruling.