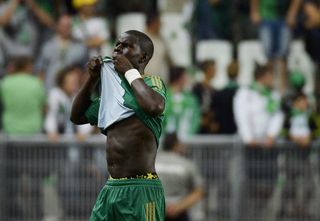 The 18-year-old St Etienne centre-back, who has been linked with moves to Arsenal and Manchester City, was initially included in Les Bleus’ Under-21 squad.

However, he has been promoted by Didier Deschamps to provide cover ahead of Friday's friendly with Australia and the subsequent FIFA World Cup qualifer against Finland.

Zouma made his St Etienne debut in 2011 and soon nailed down a regular spot with his club side.

France are second in World Cup qualifying Group I and level on points with leaders Spain, but the world and European champions have a game in hand so are favourites to qualify for the tournament in Brazil next year without facing a play-off.