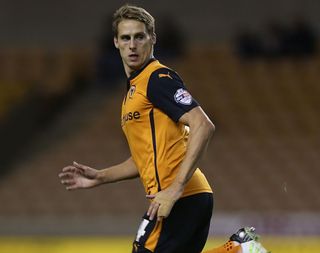 Dave Edwards' third league goal of the season was enough to extend the visitors' unbeaten run to five matches and give Kenny Jackett's men a five-point cushion over their hosts.

The midfielder fired low into the bottom corner of Jason Steele's net three minutes into the second half, continuing Blackburn's poor run of form at home.

Gary Bowyer's side have now won once in their last seven league matches at Ewood Park, but they had chances to take the lead in the first half.

Ben Marshall and Rudy Gestede were both wasteful in front of goal, while the normally reliable Jordan Rhodes had a rare off day.

Wolves also threatened in an open first half, with Nouha Dicko having their best chance in the sixth minute only to be thwarted by Steele.

Edwards won the game after 48 minutes with a clinical finish from the edge of the box, the 28-year-old collecting the ball from Dicko and firing low into the bottom corner.

Wolves should have extended their lead before the hour as Danny Batth and Edwards were presented with openings, while Dicko thudded a strike against the crossbar.

The visitors had some luck at the other end, too, as Richard Stearman headed against his own post, while they needed Carl Ikeme to make a late save to deny Rhodes in the closing minutes.